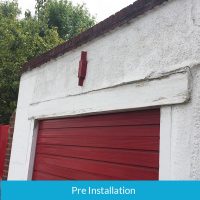 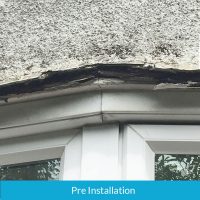 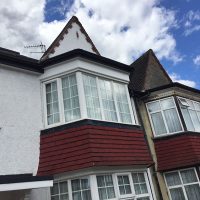 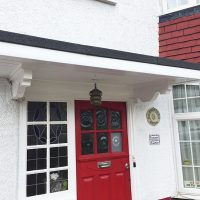 Summit Cladding has built its reputation on setting the highest possible standards for even the most demanding of clients.

We work on properties of every kind, from modest former housing authority homes to magnificent detached houses that could feature on Grand Designs.

Summit also works closely with leading window installation companies who recommend us to complement their products — as with this case in Golders Green, north-west London.

Our clients were fitting new windows in two dormers built into the roof, and because access was difficult we arranged for scaffolding so the window company could replace the windows while we installed new fascias.

As you can see from the “before” pictures, rotting material and damp were causing problems around the property, so Summit suggested replacing all the flat felt roofs – six in total – that were more than 20 years old.

With the scaffolding already in place, it made sense to make the property fully watertight at the same time as the new windows and soffits were being installed. The six roofs were all replaced with a high-performance mineral felt carrying a 20-year guarantee.

We also removed all the defective wood on the rear French doors and replaced all the loose pebble dashing. At the front, the door canopy is now not only watertight but looking so much better with new PVC tongue and groove soffits and a new fascia board. All the original cast iron guttering that was cracked and leaking has now been replaced with a modern alternative.

A job well done and another satisfied client.