It’s autumn already and the weather has begun to remind us how passionately we love canopies. But not just any canopies. At Summit Cladding, we believe in making an entrance; and we have some design ideas to match this mantra. Here are some inspiring door canopy features that you will absolutely love. 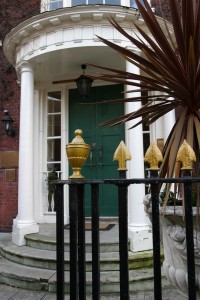 These rounded columns are incorporated into a residential door canopy for a clean, classic look.

Columns can be decorative or structural in purpose. From an aesthetics perspective, few canopy features make as bold nor as impressive a statement. Imhotep originally introduced stone columns into Egyptian architecture as early as 2600BC. Since then, they have evolved into a range of materials including wood, fibreglass, metal and concrete. The effect is dramatic and popular in a variety of architectural styles. 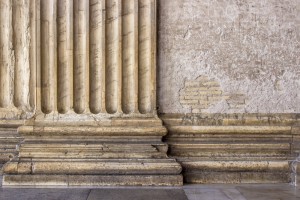 Used in classical architecture, pilasters were traditionally carved into stone.

Plenty of customers ask us what pilasters are. Most people have seen them utilised in canopy architecture before but are unfamiliar with their terminology. Pilasters are columns that are square shaped and inset into the walls of a building. They give the appearance of a support column, but in actuality they are are a purely decorative feature.

Often they are placed on a building’s facade; specifically on either side of a window or door frame. Pilasters can be used alone or paired with pillars or columns. Their surface can either be plain or fluted. Notably, English domestic architecture featured pilasters in the 1600’s. 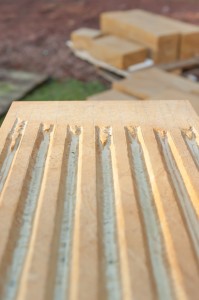 Pictured here, you can seeing fluting carved into these stone columns.

Fluting, in architecture refers to the grooves running vertically along a surface; typically a column shaft or pilaster. Columns and pilasters will often have this decorative effect, which has been present in architecture since columns were first introduced over three thousand years ago. This continues to be a popular feature in modern columns today. 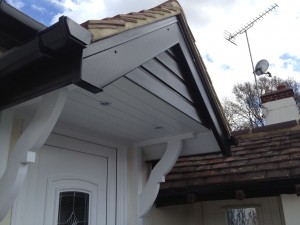 Traditionally triangular, gallows brackets can be built using a variety of shapes and designs.

The name ‘gallows brackets’ originates from their resemblance to scaffolding once used in executions. Now, they are used frequently in door canopies both for support and for decoration. They can be shaped in many attractive designs, like the ones featured above.

We hope this has helped to encourage you to get creative with your own door canopy installation this fall. With so many features to choose from, we’re sure that you’ll end up with a result you love.